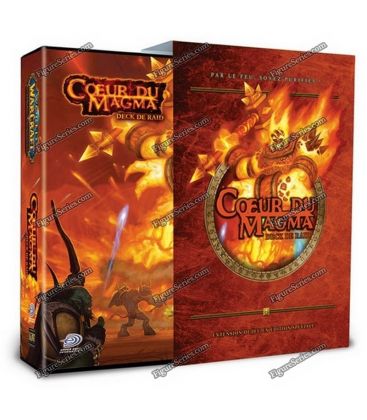 Raid decks offer a new way to play. One of the players takes on the role of Ragnaros, an epic enemy of the World of Warcraft universe by playing the raid deck. The other players unite to defeat her using their own hero decks. If they manage to defeat Ragnaros, they earn the right to share the Treasure Pack!

+ 110 cards from the Ragnaros Raid deck

30 other products in the same category:

To be determined Shipping
0,00 € Total